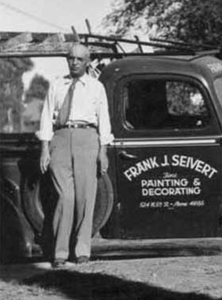 Paul T. Seivert of Tyson Development followed a family tradition by becoming a General Contractor in 1996 after graduating from Northern Arizona University. Paul’s father George, and his uncle Dan started Seivert Construction, a commercial-residential contracting company, and were in operation for over 38 years building and refurbishing apartment complexes, office buildings, and homes. The first contractor in the Seivert family was Frank Seivert, Paul’s grandfather. Frank owned a painting and decorating company from 1929 to 1964. Seivert Paint & Decorating contracted work on such structures as The Arizona Biltmore, Westward Ho, Luke and Williams Air Fields, Saint Mary’s Basilica, and Del Webb Developments.

Paul knew from early on that he wanted to carry on the family business in some facet. Paul's dad asked him at a young age what he was interested in as a career and Paul stated, "I want to build." It was intriguing to Paul when George would drive him around and show him all of the projects the Seivert's have been a part of. His family has left a legacy of construction on this community that they are very proud of. Paul’s family goes back three generations in the greater Phoenix area (both his mother and father's families as well as his wife, Gena Johns Seivert's mother and father' families). He thought that he would use the vast knowledge available to him to carry on the tradition and has been building ever since. 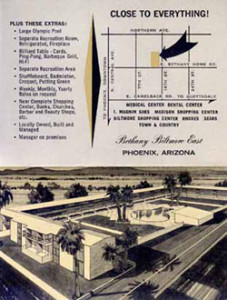 Gena left her career as a Special Education teacher in 2001 to take a more integral role in the company. Together they have built or remodeled over 250 homes in the Greater Phoenix Metropolitan area. Paul and Gena take great pride in their longtime Phoenix background and the legacy they have carried on and are honored to show their children all of the Seivert projects spanning over three generations.

We pride ourselves in delivering an exceptional building experience. In order to succeed in the construction industry, a general contractor must integrate superior craftsmanship, experience, and dedication. We believe that teamwork, integrity, honesty, and attention to detail each step of the way, makes the best construction environment for everyone; which ultimately leads to great customer satisfaction. Our team is dedicated to making the construction process as painless as possible – and your satisfaction our top priority.

Tyson Development once again proud to announce we have been selected as: